In an interview with www.fcbarcelona.cat, the new ombudsman said that “personally this means being able to work on one of the most important issues for maintaining Barça’s independence and sustainability in the future. This project gives value to the supporters club movement as one that reflects the Barça passion, both in its geographic extension and in the way it promotes the Barça name.” 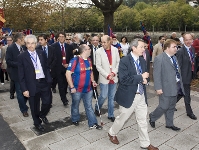 The ombudsman knows he has an important job to do, which entails “responsibility for overseeing a good understanding between supporters clubs, as ensuring honest and efficient compliance with the agreements they establish with Barça. These agreements are always in coordination with the Supporters Clubs Council, the former Advisory Committee, and the parties implied”, explained Térmens.

Impulse for the future

Térmens feels this will generate a new impetus for the movement as a whole. “I think it’s fantastic. I understand that it means reinforcement of the supporters club movement in all of its dimensions and responds to the board’s requirements. It means welcoming all Barça fans.” He ended by saying he intends to oversee the supporters club movement benefit from the new Century XXI project. 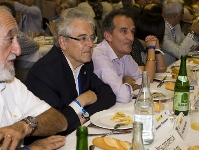 Excited about his new job

Térmens was formerly a member of the board under President Enric Reyna, where he was members’ ombudsman. He now becomes the first ever supporters clubs ombudsman and is clearly excited about his new job.