Jordi Cardoner, the FC Barcelona vice-president for the social area, has announced changes to the club members' admission process that will include the regulation of the season ticket waiting list at Camp Nou.

From November 1, Cardoner told a press conference, only people that meet the following requirements will be able to become club members: to be a member of a first or second relation to a current member, to be under 14 or to have been a a member previously. "We understand that this measure, that was an electoral commitment, is a way of protecting what FC Barcelona represents," he explained before adding that the changes, protected in Article 12 of the statutes, were implemented with immediate effect. 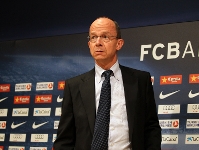 The board of directors are also looking for other ways to regulate the admission of new club members, Cardoner explained. "We are studying a plan to reward the loyal supporters who are committed to the club," he said. The vice president wanted to make it clear that the admission of new members would resume after November 1. Between October 14 and November 1 they would not be dealt with.

There are currently 9,500 members on the waiting list to obtain a season ticket at Camp Nou. According to club figures in recent seasons an average of 225 seats have become available each year, which means that the waiting time is an average of 42 years. "To work on this list and to maintain it clubs members would have to visit the FCB Supporter Services Office once a year in person.

The incorporation of members to the waiting list will also be stopped until November 1. Cardoner stated that a mechanism to allow every member to know their position on the list would be implemented too.

These changes will add value to being a club member, the director added. "It is a way of protecting what FC Barcelona represents," Cardoner explained. "Being a member will be even more prized. There will be a better balance between the number of seats and the options there are to fill them. There were cases of members that have given up their seats and then returned six times. It is difficult to maintain that kind of thing." 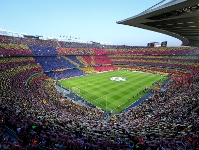 Cardoner also explained that the club is working to ensure that youngsters remain interested. "We want to bring as many young people as we can to Camp Nou in order to keep the atmosphere great," he commented. "We want to promote that in a civic and unconditional way. It is a project that we hope can be started at the beginning of next year." 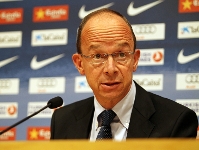 Helping those in need

Jordi Cardoner has announced that the board of directors has decided to place special emphasis on the older generation of fans and those who are less mobile. "We are working on a plan to help supporters who have trouble moving around, like those that need help to reach the stadium," he said. "Soon we will sign an agreement with Cruz Roja to help them."

The vice-president of the social area also stated that the club would help disabled fans. "We want to minimise the number of barriers in the stadium," he said. "We want to make their visit as normal as possible and we are talking to them about this."