Faus: "In two or three years Barça will be the most financially solvent club in the world"

The Vice President of Finance affirmed that "in two or three years Barça will be the most financially solvent club in the world". Faus explained that one of the main objectives of the Board is to "further reduce the club’s debt". 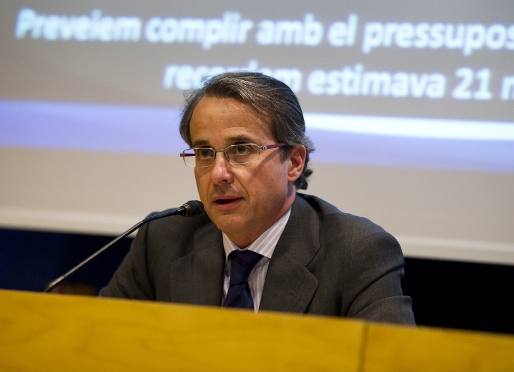 Javier Faus said that the Club has "45 million euros for new signings, plus money that may be obtained from sales that may occur this season. When we talk about sales we’re talking about those that give a net gain to the club". On the other hand, he said that "the Spanish Super Cup match, where season ticket holders will pay for their tickets, will bring in some three million euros of revenue".
Javier Faus, Vice President of the Finance Department, commented that, for now, "there has been great effort, which will continue over the next two years, to reduce this debt".... "a milestone that is essential and indispensable”. This objective will, according to Faus, will make FC Barcelona "the most financially solvent club in the world in two or three years." 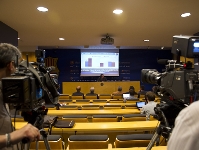 "FC Barcelona lost 83 million euros last year and 21 this year, and we can’t afford to continue losing money" Faus said. In this sense, the Vice President considers it important that, starting this season, UEFA "is starting its program of financial 'fair play', forcing clubs to close the exercises with a balanced budget".

Faus added that "we are reducing the club’s debt. The gross debt has been reduced from 532 million euros to 483 million, and the net debt from 431 million euros to 364 million. We want to decide our future and to do so we must reduce the debt to acceptable levels".

Good predictions regarding the approved budget

He also announced that the Board intends to comply with the budget approved by the Assembly, which estimates about 21 million euros of losses. "The exercise will close with some 420 million in revenue and expenses of approximately 441 million" he said. Prior to that he made it clear that, as far as the entity is concerned, "only audited accounts will be submitted”, which will be prepared "towards the end of July".

"Never before has Barça had such media impact worldwide" 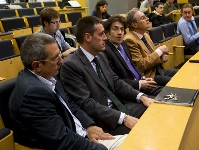 As for winning the Champions League, Faus made it very clear that the impact of having won it meant 4 million euros less in benefits than planned in the budget. "Revenues have increased from 39 to 62 million euros, and at the same time, expenditure has increased 1million, budgeted at 28 million euros, due to the variable premiums earned by the players. Therefore, the profit has dropped from 38 to 34 million euros" Faus said.

However, the Vice President wished to make it clear that "we are delighted with this fact, it’s the best investment possible because the Barça brand has never had as much recognition as now. Never before has Barça had such media impact worldwide".