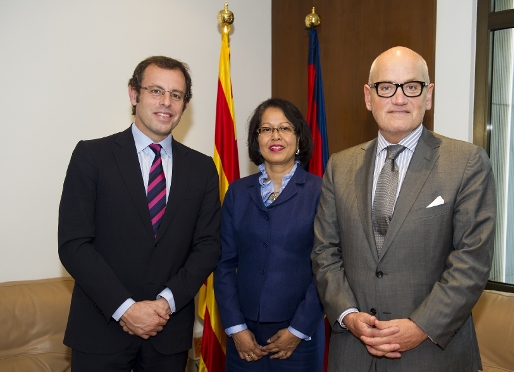 This meeting formed part of a series of FC Barcelona initiatives with different representatives of a variety of countries. President Sandro Rosell and Ambassador Adiyatwidi Adiwoso Asmady met today in the company of the vice president for the Institutional Area, Carles Vilarrubí.

Barça’s football team is admired all around the world, and that includes Indonesia, as the ambassador explained to the FC Barcelona president today. An interesting anecdote came out of the meeting today: the first team’s green away strip was manufactured by Nike in the Asian country.