Santiago Fisas MEP visited the FC Barcelona installations, where he held a meeting with the president Sandro Rosell and leaders of the ECA (European Clubs Association), Michele Centenaro and David Frommer. 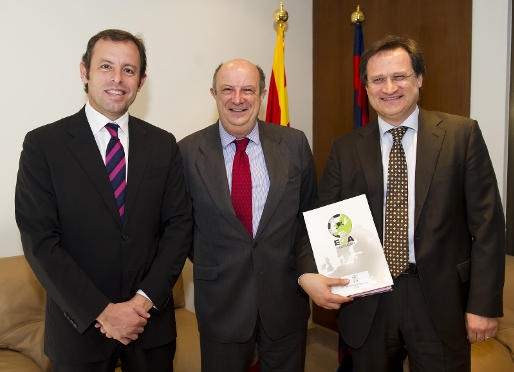 Santiago Fisas has been commissioned by the European Parliament to write a report, to be submitted later this year, to position this organisation with respect to European sport. According to all sides, the meeting was very successful and discovered that both the ECA and the European Commission hold very similar views on the relevance that clubs must be given with regard to the process of decision making in the European football arena.

Both parties agreed on the specificity of football, provided that it is governed in a democratic, open, and transparent way, and with full representation from all sides.