Rosell: “Our values are humility and effort”

Sandro Rosell: “We don’t like to cause offence to people. Our values are humility and effort”

President Sandro Rosell s has apologised for any possible offence caused by his remarks last week, when at the presentation of the “Sweep away Hunger sweepstake”, he bet that the team would win the Cup final 5-0. 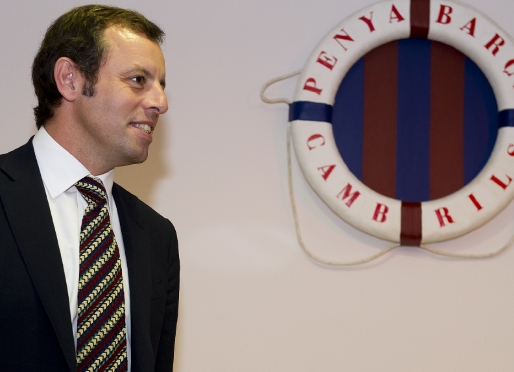 More info
The President made it clear that “we don’t like to cause offence to anybody. Our values, which we represent, are humility and effort. I made an unfortunate remark during the solidarity event and I’m very sorry about it”. 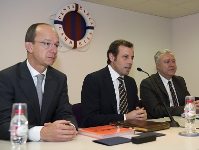 Sr Rosell was speaking at an event to celebrate the 50th anniversary of the Penya Barcelonista de Cambrils. The President added: “I’m very sorry if any football fan was offended and I apologise. I never intended to cause offence to anybody with my bet, it was all part of a gesture of solidarity”.

During his speech, the President also referred to the Youth B team’s attitude in their game against Castelldefels this Saturday: “it was an important moment because as the Youth B team scored, the Castelldefells’ keeper was injured, so Sergi Barjuan decided that his team should let them score to even things up. That is the sort of attitude that demonstrates our values and that is priceless”.