FC Barcelona wishes to publicly thank everyone for the messages of affection and solidarity for Éric Abidal, received over the last few days. 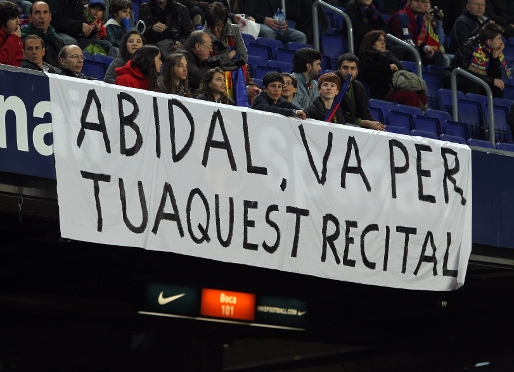 Since last Thursday, the Club has received a huge number of messages from all sorts of institutions, organizations, clubs, supporters clubs, members and fans, either written, by telephone and in person, or via social networks. It’s also worth making special mention of the experience on Saturday at the Camp Nou, where the emotional support for Éric Abidal was evident in an extraordinary way.

For all this, and it being impossible to thank each and every one personally for these messages of affection and support, FC Barcelona, on behalf of Éric Abidal and his family, would like to publicly express it’s gratitude.