FC Barcelona is about to start a campaign called ‘A smoke-free Camp Nou’ to encourage members and fans not to smoke in the stadium. 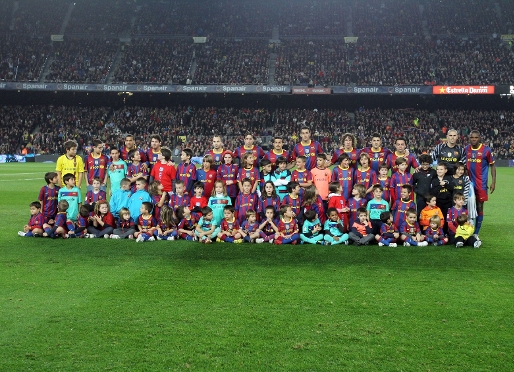 As well as the announcement by Toni Freixa on Tuesday, in the coming days the club is also preparing a public presentation of the initiative, which will detail all of the different actions that FC Barcelona has implemented in recent months.
The last meeting of the Board of Directors decided to set up this initiative in the coming weeks. "It supposes FC Barcelona’s awareness of the values of health, sport and respect for children, as Barça is eminently a family club” said spokesman Toni Freixa.

Beyond this campaign, FC Barcelona will be going a step forward in the fight against tobacco by proposing a total ban in the stadium. This will have to be put to the Assembly of Representatives, and would mean no smoking not only on the terraces, but in all of the indoor spaces too.

In his talk, Freixa pointed out that due to new regulations, smoking is already forbidden in all indoor passageways in the stadium. The new legislation specifies that smoking is illegal "in all public or collectively used enclosed spaces located in sports facilities or leisure centres where food is served ".

Smoking has already been forbidden for several years in the Palau Blaugrana and the new law has also meant that smoking is outlawed throughout the Ciutat Esportiva 'Joan Gamper'.

The FC Barcelona initiative is in line with similar campaigns around Europe. In the United Kingdom, the 2007 law banned smoking in all enclosed spaces, and any premises with more than 50% of its surface covered is considered enclosed. As some football stadiums are semi-covered, the British decided on a blanket ban in all sports stadiums.

Other countries have not taken such extreme measures and it is the clubs themselves that have placed limitations on smoking. Two examples of this are Ajax Amsterdam and Bayer Leverkusen. FIFA is also in favour of prohibition, and all World Cup stadiums in 2002 and 2010 were no smoking zones.