The prestigious former American footballer and global ambassador of FC Barcelona and the Foundation feels "grateful and proud" to be part of a club that "works daily to grow in every way and make the world a little better." 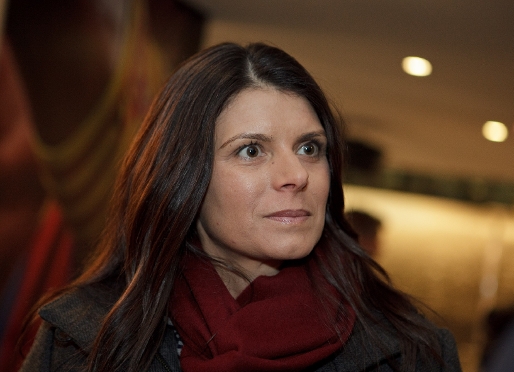 On November 20th 2009, Mia Hamm became a global ambassador of FC Barcelona and its Foundation. Since then, she’s been working with the club to promote the values and the Barēa brand worldwide and especially in America. A year and a half after signing the partnership agreement, Hamm assures that her relationship with FC Barcelona is great: "I feel very fortunate to be able to maintain a good relationship with FC Barcelona. We have just started the second year of the collaboration and I believe that together we will continue doing great things".
On Tuesday, Mia Hamm was able to enjoy, invited by the club, Barēa’s win over Arsenal, and the footballing exhibition provided by Guardiola's side. She had only praise for the team that “demonstrates the exact way of how to play football…Barēa sets the standard for football. Everyone wants to learn from them and their game. They play beautiful football, skilful and sophisticated. I believe this team plays the perfect game".

The mirror for American football

The praise and admiration of the award-winning American former player for FC Barcelona’s football doesn’t end here. She places the Barēa game as a reference in the United States: "When we refer to the kind of football we want to play, Barēa is always the reference point, our example, the team that we want to portray. They always attack, don’t defend deeply and they always go for the opposition. Their technical skill and vision of the game are incomparable".

Barēa in the United States 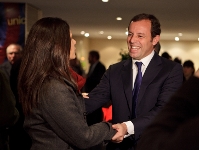 "Each day there are more Barcelona fans in the United States" Hamm said, "but once you're here you understand that Barēa goes beyond what happens on the pitch. It’s the fans, the feeling, the confidence in the academy, the planning of future generations".

In this sense, the former player is very happy that Barcelona will tour this summer on American soil: "Barēa will come to the U.S. this Summer and the beauty of the Barēa game will be shown to the American public so that people begin to understand how the game should be played. It will also be good to carry on the work on charity projects and expansion of the Barēa brand".

Proud to belong to FC Barcelona

Mia Hamm says she is "proud and grateful" to be part of Barcelona, a club “that represents great things". A declared follower of Barēa’s football, the ambassador confessed to admiring the 'More than a Club' motto, a concept and philosophy that the more she gets to know the club, the more she understands and shares: "To me, being 'More than a Club' means working daily to grow and improve in every way: better football, a better society, ultimately working to make the world a bit better".