Media from around the World echoed FC Barcelona’s initiative for the Zaragoza game, of only allowing women in the Directors Box as a testament to their role throughout the history of the club. 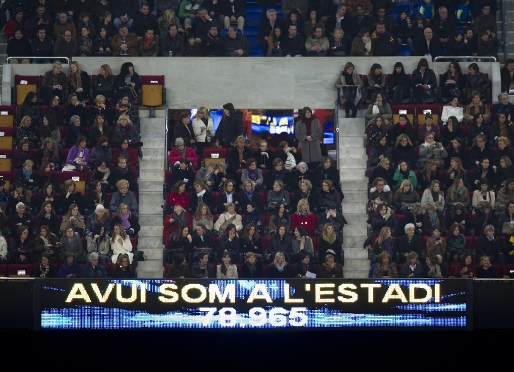 International television channels like Al Jazeera, ESPN and BSkyB and newspapers like La Gazzetta dello Sport and L'Equipe highlighted this pioneering initiative in the world of football.

Image of the day in the Middle East

The Arab channel Al Jazeera chose the Camp Nou Directors Box, with only women present, as the image of the day in sports news. This section, equivalent to the “Play of the Day” on CNN, was repeated in all the chain’s sports broadcasts across the various platforms-Al Jazeera 1, Al Jazeera 2 and Al Jazeera Sport-an authentic reference of public opinion in the Middle East.

Meanwhile ESPN, which broadcasts Spanish league games in the U.S., also dedicated some minutes to the initiative, highlighting the presence of female club directors as well as some faces familiar to the American public, like former tennis player Arantxa Sanchez Vicario. The Spanish version of ESPN reaches about 8 million households in the U.S. and ten million in the rest of the American Continent. 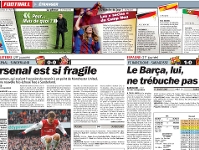 The written press also echoed the event in a really positive light. Aftonbladet, the top Swedish newspaper, published an editorial applauding the initiative and highlighting the words of Barça Director Susana Monje who affirmed that it was a way of "visualizing womens’ participation in the Club’s history".

Other notable newspapers in the Sports World, like La Gazzetta dello Sport and L'Equipe, didn’t overlook the event, and both prior to the day and the day after, highlighted the initiative that once again placed FC Barcelona at the forefront of social issues.