On Monday, March 7, a new period will open for sales of tickets for the Champions League game between FC Barcelona and Arsenal at the Camp Nou. Tickets first go on sale to non season ticket holding members and later to other members and the general p 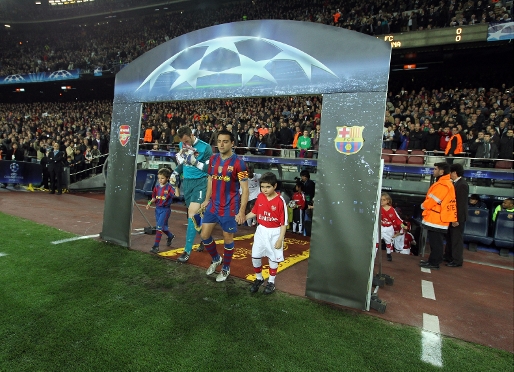 How to free your seat

Freeing your seat was never easier. You can do so at the club website , via Servicaixa or by phoning 902 1899 00. You have from now until the day of the match to do it.
All tickets coming from the Seient Lliure system will go on sale, so the exact number available will vary depending on how many season ticket holding members give up their seats at the Camp Nou.

This second sales period opens on March 7 at 10.00 am, but only for FC Barcelona members that do not have a season ticket. These members will be able to purchase a maximum of two tickets per card (the first at a 5% discount). These are only available on the internet from the club website , or from the ServiCaixa and Ticketmaster websites.

March 8 for other members and general public

On March 8, the day of the match, tickets sales will be open to all FC Barcelona members and also the general public. Members can buy their tickets for the match from the club website at www.fcbarcelona.cat, or from Servicaixa or Ticketmaster. They can also get them from the FC Barcelona ticket office and FNAC and Carrefour stores as long as they provide an ID card or passport and their membership card.

Other fans can only buy tickets in person from the FC Barcelona ticket offices and FNAC and Carrefour stores as long as they provide an ID card or passport. For security reasons, tickets cannot be sold to people of English nationality.

Also for reasons of security, FC Barcelona reserve the right to open or close sales in person at it feels convenient.

Still time to free your seat

Season ticket holders still have time to free their seats so that another member or supporter can enjoy this absolutely crucial Champions League second round match in their place.