A visit for the five senses

A visit for the five senses

2010 marked a before and after for visits to the FC Barcelona stadium. The club museum was transformed and the Camp Nou Experience was opened, which offers a brand new way of enjoying Barça.

The Camp Nou Experience offers a totally new way of exploring the club stadium, and reveals more about the club’s heritage as well as adding an emotional aspect that truly reveals the Barcelona sentiment. Not only is it about getting to know the club, but it is about feeling the true emotions that it arouses. 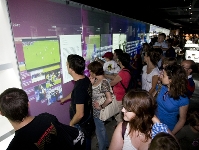 The current FC Barcelona facilities have nothing to do with what visitors might have seen before 2010. “This is a good moment to visit this space and sense the emotions of Barça. Even for people that have visited the museum before, it is now an all-new facility”, explained Jordi Penas, director of the Museum. 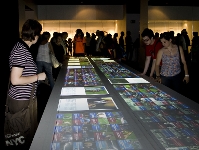 On the first floor, visitors to the Camp Nou Experience will find a modern facility, with interactive murals, large-format audiovisuals, new displays and an extensive range of objects that reveal the history behind FC Barcelona and explain the values of being a fan of Barça, and of being “more than a club”. There is then the chance to visit some of the most emblematic areas of the stadium (changing room, chapel, VIP box, press are, banqueting area...) and then go up to the second floor to enjoy the all-new Multimedia Zone.

A modern, contemporary and technological approach was taken to the 2010 renovations. Everything is now available in three different languages: the experiences of the tour of the Camp Nou; the emotion of the Multimedia Zone and the second floor of the Museum. 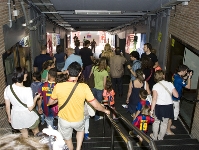 The Camp Nou visit is an essential part of any sightseeing tour of Barcelona, which includes other attractions such as the Sagrada Família, the temple designed by Gaudí that has now been consecrated by Pope Benedict XVI. Visitors are now retuning to that place of worship and seeing it in a whole new light, and the same should be the case with the Stadium Tour. People are flocking to the stadium to enjoy the football, but many local residents are missing out on the chance to also enjoy this more intimate and revealing side of the stadium. 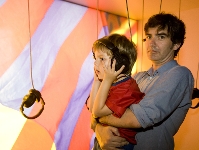 Entry for the Camp Nou Experience, which covers the Museum, the visit to the Camp Nou and the Multimedia Zone, is free to all members of FC Barcelona. The price for the general public is 19 euros, but is just 15.50 euros for supporters’ club members, students, pensioners, numerous families and children (6-13 years).