The six new members of the board of directors have been ratified by a huge majority by delegate members. Magda Oranich’s nomination to replace Carles Pi I Sunyer as ombudsman was also approved.

One of the orders of business for the assembly was the ratification of the new members of the board of directors as outlined in article 30.1 of the statutes. After the vote, the nominees were approved by 418 votes to 28, with 28 blank votes. 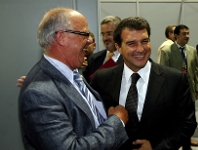 Delegates voted by a clear majority the ratification of Jacint Borras, Josep Anton Colomer, Maria Elena Fort, Jordi Torrent, Xavier Bagues and Patrick Auset onto the board of directors. Of these, Jacint Borras has been on the board the longest, having joined in October 2007. 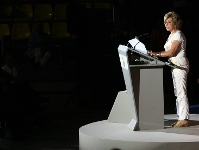 Five of the directors ratified by the delegates were new nominees, nominated after the Board of Directors’ meeting on 28 July. They were Josep Anton Colomer as director of finance, Maria Elena Fort as director of institutional and assets administration, and Jordi Torrent as director of marketing and media.

Previously, on 13 August, it was announced that Xavier Bagues and Patrick Auset would join the board of directors in the social area.

With the ratification of these six new members, the board of directors of FC Barcelona is now made up of the president, Joan Laporta, and 14 directors. 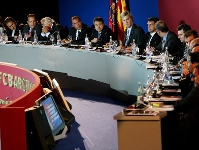 Magda Oranich’s nomination as ombudsman in place of Carles Pi i Sunyer was also ratified. She was nominated on 28 July and was confirmed by the assembly as outlined in article 51.2 of the club’s statutes.