It might not have been a vintage performance, but Barēa Regal never looked in danger of losing in Murcia. They led all the way and eventually sealed victory by 14 points. 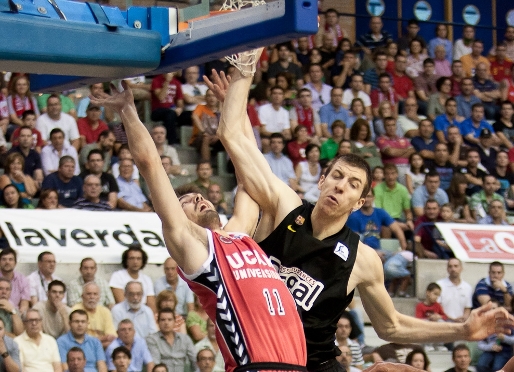 Referees: Redondo, Peruga and Sacristįn
The Endesa League has got off to a winning start for Barēa Regal against Murcia. It was not the most brilliant of performances, but the Catalans managed to keep a healthy lead from start to finish.
Luis Guil’s side battled hard but simply didn’t have the ability to cause any major problems, and it was mainly thanks to Barēa’s many errors in offence that they managed to avoid a heavier loss. 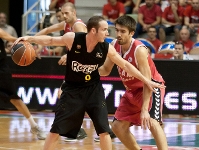 Murcia were celebrating their return to the ACB, and there was an amazing atmosphere as they welcomed Barēa Regal, who worked patiently and dictated the pace of the game. Navarro was marked out of the game for much of the time, meaning it was down to players like Erazem Lorbek (14 points) to do the grafting, and Barcelona were ten points ahead by half time.

Josep Franch and especially an incommensurable James Augustine (32 evaluation, with 19 points and 14 rebounds) managed to prevent the victors from running away with it.

Murcia opened the second half with a 4-0 streak, neutralised by Navarro’s second three of the day. Barēa then went +13, but a loss of concentration allowed Agustine to get Murcia back into things.

But despite the occasional mishap, it never looked like Barcelona were going to lose control, and they also avoided falling into the trap of over-confidence.

Barēa were still struggling to take their chances and the ball wasn’t circulating the way they would have liked, but with Boniface Ndong coming into his own to get 12 points, like Navarro, the score went to 44-58 and it was game over. Barēa held onto that lead professionally, and the league has got off to the start they wanted.