FC Barcelona and Joan Creus, technical secretary of Regal Barça, have come to an agreement for him to remain at the club for another two seasons. After Pascual renewed a few seasons ago, the turn came for Creus. 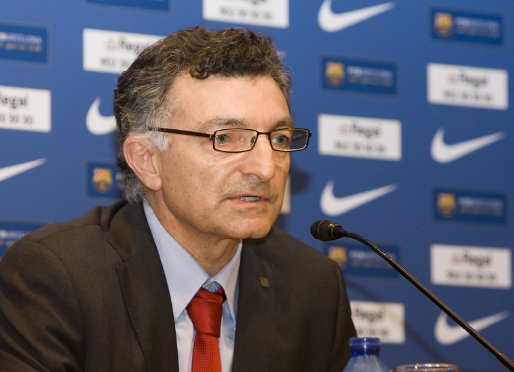 Last January 13 it was the Regal FC Barcelona coach who renewed his position, and on Thursday it was the basketball team’s technical secretary who did likewise.

Joan Creus has been at the club since the end of the 2007/08 season, when he took over from Zoran Savic, who is now a players’ agent. On October 30, 2009, Creus extended his contract until 2011 after the board of directors voiced their satisfaction with what he has achieved so far.

He has proved excellent at putting together basketball rosters. In 2008/09, he assembled a team featuring Navarro, on his return from the NBA, Andersen, Sada, Burton and Santiago, among others, and despite many injuries last season, he found replacement in Ilyasova and the Australian Andersen. Creus was also one of the men behind the purchases of Ricky Rubio, Terence Morris and Pete Mickeal.

Pascual and Creus work well together. They are in daily communication and such terrific teamwork in the 2008/09 season inspired the club to win the ACB League for the first time in five seasons.

The technical secretary and coach can be especially proud of the 2009/10 season when they won everything apart from the ACB League, and most particularly the Euroleague won at the Final Four in Paris. He and Pascual also won two Catalan Leagues, two ACB Supercups, two Copas de Rey and an ACB League.