The signing of Marc Gual is that of a player with great vision and capable of doing things other players simply canÆt. The MVP of last season has come to Barńa to continue improving. 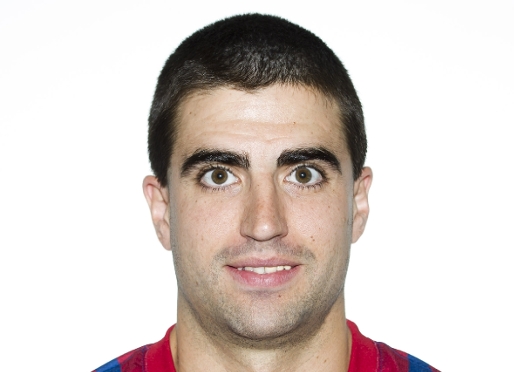 “I am very happy to sign for Barńa and be at this club. I want to improve on my successes and contribute things to the team”, said Guali, who is possibly enjoying his finest form ever: “I have been feeling good for years. I think I’ve worked well at all my clubs. I don’t know if this is my peak but I hope to contribute the maximum”.

Gual started playing the game in his hometown of Sant SadurnĒ de Noia, but when he was 22 he moved to Reus and became one of the stars of the OK Liga and European Championship. He was there for eight seasons.

The midfielder fancied a change and signed for Liceo in 2009/10. He has a great season in Galicia but didn’t win any trophies, despite being named MVP of the season.

He was only in La Coru±a for a year before returning to Reus. The red and blacks reached the Champions League final, but lost to Liceo. But they did win the OK Liga despite depending on Barńa beating Liceo on the final day. It was the club’s first league title for 38 years.

On moving from Reus to Barńa, he said “I am calm. I respect all opinions and there are people who don’t understand why I left. But I think of myself and I think IO did the best thing”.

His is famed for his peripheral vision, and he can play the ball without even looking at it. He is a great passer, and strong in the one-on-one. He has a great change of pace and can do some amazing things. He is a link man, who anticipates well in defence and is effective on the counter attack.

The negative thing is that his creativity often leads him to take excessive risks.