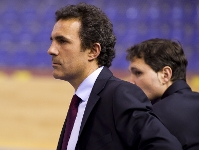 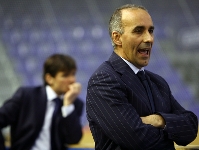 Now the season is over, the Board has revealed the agreement reached between the Club and Ferran Pujalte and Quim Paüls to finish their time at the Club as coach and technical secretary of the roller hockey team.

According to board spokesman Toni Freixa, the decision was: “not a nice one to take and it was purely down to sporting reasons”, whilst praising the: “professionalism and dedication of Pujalte and Paüls over the years they have been at the Club”.

The third place in the OK Liga rounded off what had been an irregular season and the defeat in the Final Eight of the Champions League had serious consequences: “they are difficult and painful decisions to make, but with the way this season went and having looked at the results, we decided that we had to shake things up to make a change to improve the future of the Club”, explained the Director with responsibility for the Roller Hockey section.

Ferran Pujalte completed two of the three seasons of his contract as coach, after joining the Club, to replace Quim Paüls in the 2009/10 season from CP Vic, where he had been in charge for seven seasons.

FC Barcelona Sorli Discau won four titles under Pujalte and in the 2009/10 season the team won both the OK Liga and the European Cup. The following year the team lifted the Spanish Cup and the Copa Continental.

Long history at the club

Quim Paüls has a long history at the Club, first as a player from 1979 to 1992 and then as a trainer with the youth teams.

In 1999 he became assistant coach to the first team and then took the top post. In 2009/10 he left the coach’s spot and became technical secretary of the section –a post he has held until now.