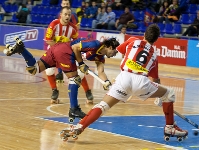 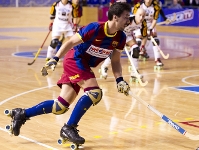 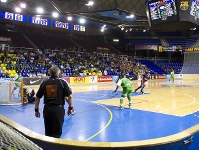 Despite an irregular season, Barēa Sorli Discau were in the chase for the OK Liga title until the end. But needlessly dropped points proved their ultimate downfall.

The organisers decided to get rid of the play-off this year and just have a pure league, but it didn’t mean the season ended in any less thrilling fashion.

Barēa Sorli Discau, winner of the last 13 titles, were finally knocked off their perch, although they were well in contention until the very end. In fact, their win against Liceo at the Palau on the final day (7-4) was the reason Tecnol Reus were able to celebrate the title for the first time in 38 years.

It was not a good season for the roller hockey first team who lost and drew too many games they would normally expect to win. Losing at home to Igualada, drawing away to GEiEG and Voltregą, losing in Vendrell, at home to Reus, in Les Comes and at Blanes were just too many errors to make up for. But the pressure was getting to everybody and with just two games to go, Barēa Sorli Discau were still mathematically in the chase for the coveted trophy.