HISTORY OF THE ROLLER HOCKEY SECTION 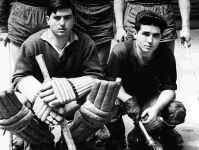 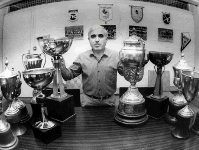 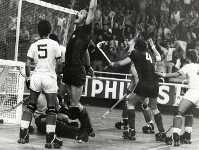 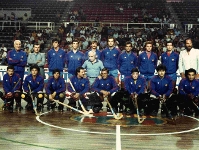 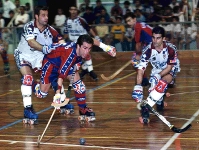 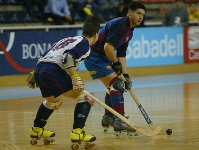 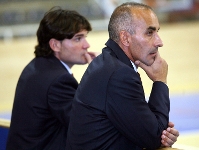 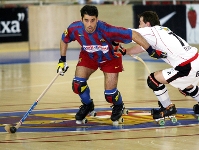 HISTORY OF THE ROLLER HOCKEY SECTION

FC Barcelona’s roller hockey section was founded on June 1, 1942, although it would disappear a year later due to problems finding their own court to play on.

It did not reappear until 1948, precisely when the club hired a pavilion in the Gran Vía. Over the following years and until the early 1960s, the hockey team was always among those competing for the national title. But crisis hit in 1963, which would last for a further seven years as a result of the cut in the budget that the club was able to spend on its others sports sections.

In 1970, former player Josep Lorente became technical secretary of FC Barcelona. With Lorente on the Barça bench, the squad underwent a major restructuring process, which was soon producing results. From 1972 to 1987, the roller hockey team managed to win at least one title every season apart from 1975-76. But this was just the start of a golden era that would reach its peak in the 1977-78 season, when Barça won practically every competition it played both at home and abroad. The section would go on to win 10 European Cups, eight of them between 1978 and 1985.

Changes and a title drought

This terrific run came to an end in 1987, when there was a lack of a new generation to take over from the previous one, while at the same time, rival teams were reinforcing strongly. As the situation grew worse, in 1987-88 Josep Lorente stood down as manager of the team. He left behind him a splendid legacy: 39 titles in 17 years. Severla players left in his wake, including Jordi Vila-Puig, who retired, Josep E.Tornero and Joan Torner who signed for Noia and Joan Carles who left for Igualada. FC Barcelona went on to suffer a major title drought that lasted 5 years, until the 1993-94 season, when Barça won the Copa del Rey final against Liceo of La Coruńa.

Back to the top under Carlos Figueroa

A year later, José Luis Páez and Roberto Roldán arrived at the club. At the end of the season, Carlos Figueroa came in as manager, joined by players David Gabaldón and Carlos Folguera. With such reinforcements, Barça were hot favourites once again in all competitions. And they lived up such high expectations, winning the league in 1995-96. The following season, the good results continued, and Barça were European champions again. In the 1997-98 season, they won the League and the European Super Cup, as well as the first edition of the Intercontinental Cup, in which they faced South American champions UVT.

In the 1998-99 season, the club’s centenary year, all of the professional teams, including roller hockey, won their respective leagues. The results kept coming the year after, with Barça winning the first Iberian Cup, the Copa del Rey, the League and the European league. 2000-01 was another good year for silverware, with wins in the League, European League, European Super Cup and Iberian League.

At this key time for hockey, 2003-04, Gaby Cairo left the game. Soon after he was followed by Carlos Figueroa, who in his last year as coach won every title on offer. His replacement, in the 2005/2006 season, on the Barça bench was Quim Paüls, a former player that had always been linked to the section in some manner. The team continued to collect silverware – in his four years in charge of the club, the results were spectacular: 4 OK Leagues; 2 European leagues; 2 Intercontinental cups; 3 Spanish super cups; 4 Continental cups; 1 Copa del Rey and 1 CERS cup.

In 2009-10, Quim Paüls returned as technical secretary of the section, a role he had occupied before stepping aside for Ferran Pujalte. It is a job where success is firmly demanded – after all, the team had won the League title for 13 consecutive years.