Much promise from Barça Borges youth 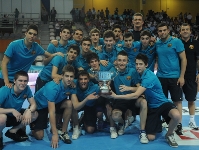 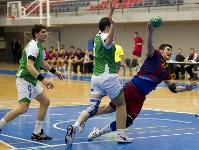 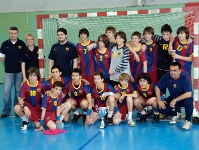 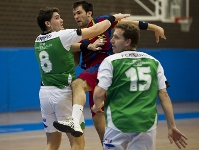 Much promise from Barça Borges youth

Barcelona’s youth handball teams showed their promise this season. The B team did well in its first year in the national second division and the Infantil team won the double.

All five youth teams have reason to feel proud of themselves. There have been a few disappointments, but we can generally feel optimistic about the future of the section.

The B team was in the national division two after being promoted last season. Toni Gerona’s side did well to finish sixth, ahead of some highly experienced teams. They dominated the early part of the season and led at the half way stage.

The Juvenil side had an up and down year. Coached by Ŕlex Barbeito they cam
E third in the Catalan Championship. In the national sectors, they showed some improvement but ended second in the final stage after tying on points with Elche, who won the title on goal difference.

Cadet A were excellent under the great Andrei Xepkin as they retained the Minicopa and also the Catalan Championship. They missed out on the Spanish title to Granollers, who they had beaten in every other competition. The Cadet B team did well against teams that were a year older than them, for under Jordi Giralt they managed to finish third in Catalonia and reached the final sector of the Spanish Championship.

The Infantil did the best of all out of the youth teams. Coached by Antoni Juanpera they won both the Catalan and Spanish championships, and were quite simply far superior to any of the other teams in their age category.