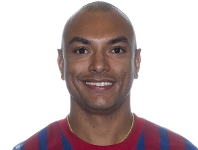 Midfielder Ari Santos returns to the Honour Division in a BarÁa shirt.

Ari Santos has been playing in top flight futsal since the 1999-2000 season, when he began his career with General Motors in Brazil at the age of 17, winning his first trophy, the Copa Paulista.

He accumulated more trophies and more experience with another Brazilian club, Ullbra. Between 2001 and 2005 he won two league titles, an Intercontinental Cup, a Torneo Ibťrico and a Grand Prix America. During this time he coincided with Fernandao. Before coming to the Spanish league he also played for Joinville.

In 2007 he moved to Celta Vigo and even scored against FC Barcelona. After just one season he moved back to Brazil, winning the league with Malwee.

Last summer he won the World Cup with Brazil, beating a Spain team in the final that included three of his new team-mates: Javi RodrŪguez, Fernandao and Cristian DomŪnguez. He has represented Brazil on more than 50 occasions.

Ari Santos signed a three-year deal with BarÁa Mobicat in the summer of 2009, becoming the first reinforcement for the new season.

Right-footed, with a good shot, very competitive, a good defender and a winner’s mentality. Effective in attack and defence. A great team player.