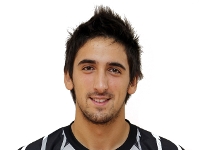 The keeper’s height has been a huge asset, but also his drive and competitiveness has seen him become a firm favourite. Oier’s agility is second-to-none for a player with his frame and that has ensured that he is a fearsome barrier in the Barça goal.