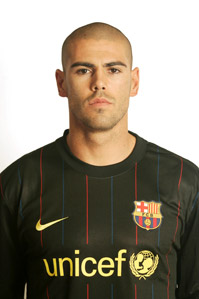 In the 2008/09 season, his regularity won him his second Zamora trophy. He played every league game bar the last three when the title was already decided. He performed brilliantly in the Rome final and became the first Barça keeper to be crowned champion of Europe twice. His excellent performances have earned him a contract extension that will keep him at the club until 2014.

One of the things that needed to be worked on after the first season, namely coming off his line, started to pick up in his second campaign with the first team. He is now a keeper of proven quality and has a great deal of experience in spite of his relative youth.