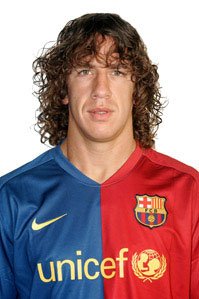 Carles Puyol is also a fixture in the Spanish national side, with which he played in the 2002 and 2006 World Cups and in the European Championships in 2004 and 2008. In the latter he was key figure as Spain won the title in Vienna.