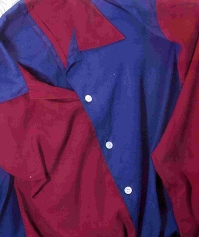 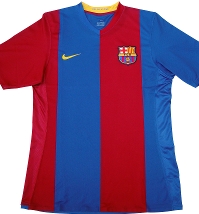 One of the most distinctive elements of FC Barcelona are the colours the players wear.

Scarlet and blue have featured on the club shirt for more than one hundred years and the club is widely known as the ‘Blaugrana’ in reference to the names of these colours in the Catalan language. However, although the shirt has remained relatively constant in design over the years, the team shorts were white for the first ten years of club history, then switched to black, and were only blue from the 1920s onwards.

Nut just why Barça originally chose to wear these shirt colours has been matter of much debate among club historians, and although several theories have been put forward, nobody has ever managed to provide substantial evidence that the colours were chosen for any symbolic reason. Naturally, most of the theories are related to the foundation and origins of the club. For instance, it was claimed for several years that the Barça colours were adopted from a Swiss club that Gamper had founded earlier in his life, or that they were the colours of the Swiss canton that the founder was from. We now know that these hypotheses are highly unlikely to be true.

There is another common but unproven theory that the founders based their choice on the colours of the blue and red accountancy pencils that were so popular at the time. And there are other more prosaic suggestions, for instance the one which maintains that the mother of the Comamala brothers supplied the players with red and blue sashes so that they could differentiate between each other in the days before they had a kit of their own. But, as stated earlier, none of these theories have ever managed to offer conclusive evidence of why it was that Barça used these colours from its very earliest days. But what can be sure is that the Barça shirt has gone on to be one of the most recognisable and enigmatic shirt designs in world football.