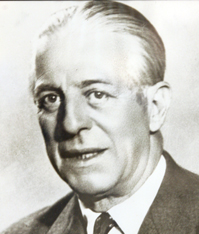 This prestigious banker became the seventeenth president in the history of the club on March 23, 1929. He will be remembered most of all for being the president in the year that Barça won the first ever edition of the League Championship.

While Tomŕs Rosés was in charge at Futbol Club Barcelona, the team also won another Catalan Championship (1929-30), but although things were going well on the pitch, the most memorable event of the season was the unexpected rebellion of the players against the board of directors, which was finally resolved by Josep Sunyol (future president) acting as messenger. The squad later admitted that they had been wrong to accuse the directors of being responsible for the inconsideration they had suffered.

This left a sour note to the Tomŕs Rosés presidency, and on June 30, 1930, he stepped down from his position. He was replaced by Gaspar Rosés, who thus became president for the third and final time.