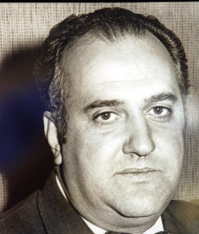 This caretaker president was the son of demochristian politician Manuel Carrasco i Formiguera, who was shot dead by Franco’s troops during the Civil War.

Raimon Carrasco (Barcelona, 1924) was a member of the board during the presidency of Agustí Montal i Costa (from December 18, 1969 to December 18, 1977), first as secretary and then as vice president.

He became interim president on December 18, 1977, and remained in the post until July 1, 1978, the day that Josep Lluís Núńez effectively stepped into the president’s role. During Raimon Carrasco’s temporary presidency, a transitional period that he was able to deal with professionally and efficiently, the club won its eighteenth Copa de Rey by beating Las Palmas in the final, 3-1. He was responsible for overseeing the first free and democratic elections at the club since the Civil War.