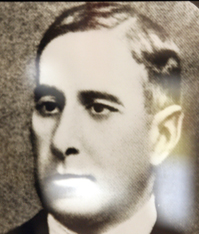 Rafael Llopart was elected at a meeting held on 29th June 1915 at the ground on Carrer Indústria.

His being chosen marked the beginning of a period of peace and consensus at the heart of the Club and the new Board saw that it was necessary to renovate everything, which they did with efficiency and without upset. The calm which reigned among the management filtered down to the supporters as well as the team, who won the Catalan Championship with authority, winning all eleven games played. During the Spanish Championship there was enormous controversy due to the match against Real Madrid, which was repeated four times, the last time the biased decisions of the referee forcing the Barça players to walk off the pitch. After this result, Llopart and his Board, believing they had failed in their duties resigned - despite the fact that the members unsuccessfully asked them to stay on.