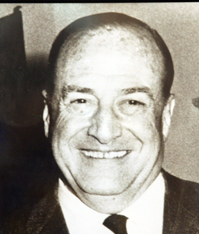 It was during his acceptance speech that he coined what would go on to become the club slogan: “Barça is more than a club”. Carreras was a distinguished figure in Catalan society, and had been Cambó’s personal secretary in his younger years. He was a lawyer with liberal and democratic ideas (although he did have a possibilist attitude to Francoism, for which reason he once stood for Spanish parliament) and had already formed part of the Barcelona board as vice president under Montal senior and Enric Martí. Under the latter he played a particularly important role in the infamous ‘Di Stefano case’, although his interventions did not manage to avoid failure. Following the resignation of Martí, his intention was to stand for election, but pressure from the Falangists prevented him from doing so.

As president, Carreras wished to include representatives of different Barça families on the board, but this initiative, which was a good one in principle, ended up being the cause of no end of problems and confrontations between different members of the board. The 1968-69 season was especially critical as a result of the controversial signing of manager Helenio Herrera. Until then, Salvador Artigas had been first team coach and his contract had only just been renewed. But while Barcelona were on an American tour, a board meeting was discussing whether or not it might have been a better idea to employ Helenio Herrera. A vote was held, and eleven favoured Herrera and seven opposed him. The signing of a replacement coach meant Artigas’ contract was automatically terminated.

Three members of the board immediately travelled to Italy to negotiate with Helenio Herrera and the terms of the eventual agreement were for the Argentinian manager to earn more than twice the amount that Artigas was getting. This would have serious financial repercussions for the club and the supporters’ opinions were divided on the matter, which led to the board deciding to change their minds and Salvador Artigas stayed on in the job.
Carreras played an unfortunate role in this messy affair, for just when the controversy had hit its peak, he was away at a meeting with the Fairs Cup Organising Committee in Budapest. He had left the matter in the hands of his vice president Pere Baret, which cast serious doubts on his authority, and there were calls in many part for Carreras to resign. Finally, on December 18, 1969, Carreras stepped down from his position as president.