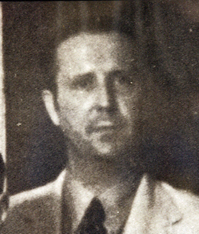 A member of a well-known Barcelona family and owner of the company Espańa Industrial, he was the first President of the football club of this company, which years later would play in the First Division.

His arrival in the presidency of Barcelona Football Club happened at a very problematic time for the Club, and this led to him having enormous difficulties in finding the eight people he needed to form the Board of Directors. After his efforts had been rewarded, he was named Vice-President of the Catalan Football Association and was, therefore, forced to leave the position of President of our Club, on 20th September 1943 - only one month after being voted in.