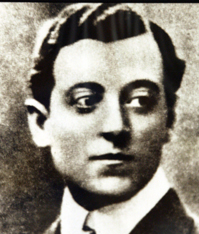 Francesc de Moxó was elected as President of Barcelona Football Club on 30th June 1913 at a meeting held in the Condal College, which was attended by 700 people at which Gamper left the Club to attend to personal matters. De Moxó got 183 votes, beating Gaspar Rosés with 172 and Joaquim Peris, who obtained 59.

The tenth President in the history of the Club was a man who looked for consensus and during his presidency he put an end to the division between the Club and the Spanish and Catalan Federations, managing to reinstate Barça in both organisations. His diplomatic abilities were also decisive in solving internal divisions that existed among the Board of Directors, who were divided into two factions - individualists grouped around Joaquim Peris and those who wanted true democracy in the Club.

The other outstanding aspect of his time in charge of Barcelona Football Club was the progressive growth in professionalism among the players, which brought much controversy along with it.

On the pitch, De Moxó was unable to celebrate the winning of any title as Barça finished third in the Catalan Championship and did not get past the qualifying stages of the national tournament. At the end of the season, after only one year in the Chair, Francesc De Moxó resigned on 30th July 1914.