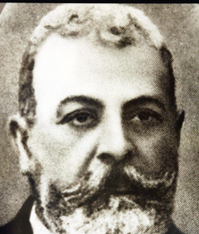 There was major internal division at the club following the resignation of Francesc de Moxó. Many of the members wanted to see vice president Joaquim Peris de Vargas taking over the club, but many others were fiercely opposed to the idea.

A group of new members appeared at the general assembly held on June 30, and they voted in favour of a new board presided by Ŕlvar Presta.

But this did not solve the rift at the club, and three months after he had been elected, Presta handed in his resignation, on September 29, 1914, as a result of the bad feeling between the board and members. From that moment, vice president Peris de Vargas stepped in as caretaker president.