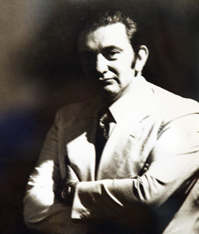 Agustí Montal i Costa (Barcelona, 1934), son of ex-president Agustí Montal i Galobart, was vice president of the board under Carreras and following his resignation decided to stand for the post himself.

Montal was a member of one of the great Barça families, and defeated Pere Baret, who wanted the club to break completely from its past, and only lost by 14 votes.

During his presidency and although Franco was still alive, Montal was an outspoken defender of Catalan nationalism and a committed opponent of the centralist attitudes of the Federation and the Sports Delegation. It was thanks to his ideas that Fútbol Club Barcelona started to recuperate its old symbols, which included reversion to the club’s original name. He started using the Catalan language in the club newsletter, on the membership cards, on the stadium megaphone and in many other areas, despite the numerous difficulties that doing so entailed. He also confronted the Federation during the ‘Guruceta case’ and was a firm defendant of the club’s own interests. For example, he made a stand against the discrimination that Barça suffered when it came to signing players born abroad to Spanish parents, as was the case with Heredia. This directly influenced the Federation’s decision to change its criteria and allow the signing of foreign nationals, and so it was that Barça were able to sign Johan Cruyff, considered the best player in the world at the time.

The inclusion of the ‘Flying Dutchman’ was one of the main reasons why Barça won the league title in 1973-74, and this obviously helped Montal to get re-elected on December 18, 1973, easily defeating his only opponent, Lluís Casacuberta, by 902 votes to 340.

Agustí Montal’s other achievements during his eight years in charge of the club included the triumphant Platinum Anniversary celebrations, the modernisation of the club administration and the injection of new life into the other sports sections through the construction of the Palau Blaugrana and Ice Rink in 1971.

On December 18, 1977, at the end of his second term, Montal stood down as president and made way for his vice president Raimon Carrasco to take over as caretaker president in the build up to the elections that were held in May 1978.