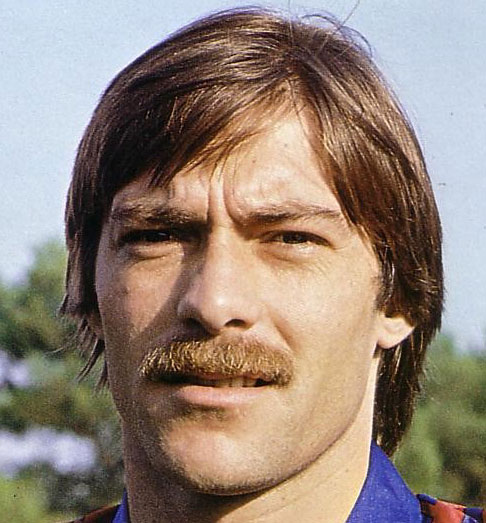 ‘Tarzan’ Migueli (Ceuta 1951) is the player who has worn the blaugrana colours for the most amount of times in the history of the club (664). He has also been one of the best ever central defenders of the club. 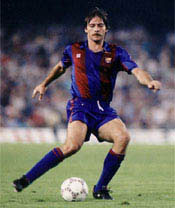 Recommended by Domčnec Balmanya, Miguel Bernardo Bianquetti, known as Migueli, arrived at the club in the season of 1973-74 despite only being able to play one game due to him carrying out his military service. The following season, however, he began to establish himself in the team. The Barça ‘3’ became a regular in the team for all the coaches with the exception of Udo Lattek, who incomprehensively left him on the bench in the season of 1981-82.

Migueli was a player with great pride; he played one final of the Recopa in 1979 with a broken collar bone. A brave, technical, relentless player with a great jump and head, which helped him both defend and attack. A true FC Barcelona legend.