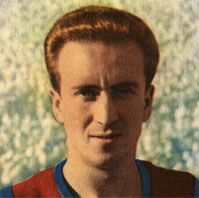 Basora (Colňnia Valls, Barcelona, 1926) is considered one of the best wingers in the history of Spanish football.

He was a member of the famous forward line which Joan Manuel Serrat was to immortalise (Basora, Kubala, César, Moreno and Manchón). A right winger great technical abilities, great pace and ability to lose his marker. His abilities allowed him to operate in the smallest of spaces and his goal tally was unusually high for a winger. 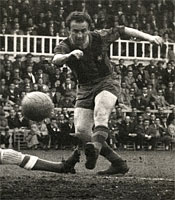 He was known as the ‘Monster of Columbes’ due to his performance in a friendly game against France where he bagged a hat-trick. He was regarded as being one of the best players of the 1950 World cup in Brazil. He retired in 1958.