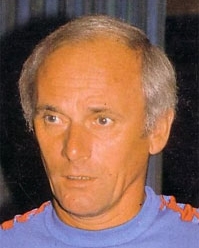 Udo Lattek arrived at the Club with exceptional credentials after successes with Bayern Munich and Borussia Moenchengladbach.

In his first season something that no manager wants to happen, happened. After being at the top for the greater part of the championship and dominating the League with authority, with only 6 games to go he let the opportunity of winning the League slip through his hands and the trophy was lost to Real Sociedad, who had players of the calibre of Zamora, Sastrústegui and Arkonada. Udo Lattek salvaged the season by winning the European Cup Winners' Cup in 1982, beating Standard Ličge at Camp Nou (2-1). 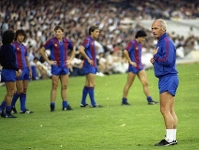 On 4th June 1982, after extensive negotiations, he pulled off the signing of the best player in the world at that time - Diego Armando Maradona. The Argentinian star, however, did not change a great deal, bringing more headaches to the club than anything else. Lattek began to find himself more and more isolated from the squad and the Board. He was sacked on 3rd March 1983, when Barça lost at home to League tail-enders, Racing Santander.