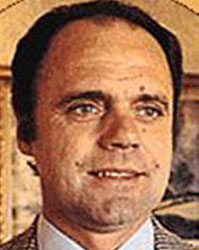 After an important period as a first team player, Müller hung up his boots at the age of 33, but was to return to Barcelona Football Club eleven years later.

It was the 1978-79 season and Josep Lluís Nuńez had great faith in him, seeing him as the ideal replacement for the Dutchman, Marinus Michels, who had left a great impression on the Club. Müller had done great things with other First Division sides in the Spanish Championship, but Barça was just too big for him. The French manager did not last out the season, and was substituted by Joaquim Rifé, a home-grown man.