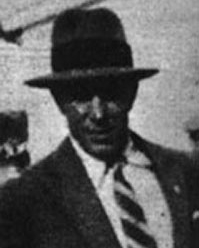 James Bellamy, together with Romŕ Forns, had the honour to have formed part of the coaching team that led Barcelona Football Club to win the first League in history.

Furthermore, the club won the Campeonato de Catalunya in the 29-30 and 30-31 seasons. However, to his detriment, it must be said that with him as coach, Barça underwent one of the most deplorable events and its biggest defeat in all of its history, losing 12-1 in the League Championship.