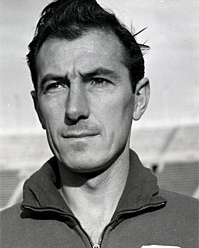 Enrique Orizaola had a short-lived period as manager, staying at the Club for only five months. He arrived on 12th January 1961 as a replacement for Brocic.

With Oriozola on the bench, the team reached the final of the European Cup, which was played that year in Bern, Switzerland. After the so-called 'Final of the Cursed Posts', which Barça lost to Benfica, 3-2, the re-building of the team began. On 7th June, Laudet was re-elected President after a hard fought campaign against Fuset. Unpopular decisions were taken, such as letting Kubala go and new players like Pesudo, Pereda, Seminario, etc were signed. Lluís Miró was to become the new manager.