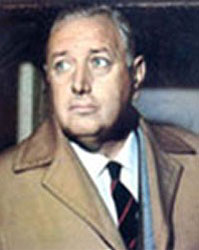 Domčnec Balmanya had been a notable player for the team in the first half of the forties, when the Club won the Cup in 1942.

After his career as a player, he entered the coaching team , together with some of his old colleagues, such as Miró and Vidal de Cárcer, after having obtained a coaching title in 1950. Before beginning his career as a coach for Barça (56-57), Balmanya had already coached teams such as Zaragoza and Oviedo. In his first season, Balmanya won the Cup having beaten Espanyol at the Estadi de Monjuďc. He was dismissed at the end of the following season, despite having won the first edition of the Fair's Cup.

He ended his career coaching for Sant Andreu.