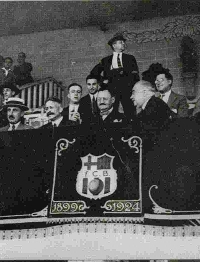 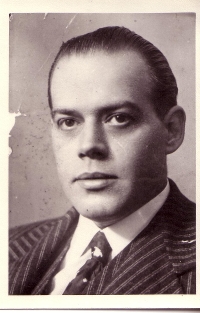 The slogan ‘més que un club’ (‘more than a club’) was coined on an exact date and by a particular person.

It was president Narcís de Carreras, in his presidential acceptance speech in January 1968 who was the first person to use these words to describe the social importance of FC Barcelona in Catalonia. And, a few year later, in 1973, in his campaign for re-election to the club presidency, Agustí Montal i Costa gave it its definitive form when he adopted it during his election campaign. Barça is “quelcom més que un club de futbol” (“something more than a football club”), was the slogan used in the build up to the elections that were eventually won by Lluís Casacuberta.

At the same time, the roots of ‘more than a club’ go back much further. It was an idea first induced by club founder Joan Gamper during his first presidency in 1908. The period when Gamper took the reigns of the club, thus avoiding its dissolution at a dramatic assembly, is well documented. In fact, Gamper’s gesture to save the club from closure has often overshadowed his other great deed of the time. On that famous December 2, 1908, given the collective desertion, Gamper stood up to say “Barcelona cannot and should not die. If there is nobody who wants to try, I shall take full responsibility and look after it in the future.”

Gamper, who had founded the club, was now going to save it from disappearing. But more important for the future of the club was they way he wanted to run it. To the original reason why the club was founded, that of doing sport, he added another: for it to be a pro-Catalan club and actively serve its country. And so it was that the club approached the most actively pro-Catalan political sectors and had no doubts about coming out in defence of the identity and national rights of Catalonia, whether than be in support of the ‘Autonomy of the Commonwealth’ or to bring the Olympic Games to Barcelona.

The ‘sport and citizenship’ programme created by the executed president Josep Sunyol during the years of the Republic or the actions of president Agustí Montal in leading FC Barcelona to support the 1977 campaign for a Statute of Autonomy and to invite the restored president of the Generalitat, Josep Tarradellas, to the Camp Nou just a few days after his return from exile, were just a few of the practical applications of the idea of being 'més que un club' (‘more than a club’).

Written into the club statutes

The spirit that Gamper injected into FC Barcelona from 1908 (the year when it could be said that the club was ‘refounded’), has survived to this day and is even present in the current club statutes. It is article 4, describing the functions of the club, which states that the second objective is “complementarily, the promotion and participation in social, cultural, artistic, scientific or recreational activities that are adequate and necessary for maintaining the public representation and projection that the club enjoys, the fruit of a permanent tradition of loyalty and service to club members, citizens and Catalonia”.

For different, but not contradictory, reasons, for many people living in the rest of Spain, FC Barcelona has also been seen as being 'més que un club' (‘more than a club’). If in the Catalan case the starting point can be dated to a deliberate decision made by the directors, or better put, that of its president Joan Gamper, in the Spanish case this movement came from below. It was the intellectual classes and left wing politicians that become Barça supporters in recognition of its role in defending democratic rights and freedom.

This movement reached its peak during the Spanish Civil War and under the Franco regime. There were some particularly poignant episodes, such as the tour of America, in which the team was received as ambassadors of the Republic, or the tram strike in 1951, with received the support of Barcelona fans much to the surprise of the Francoist authorities who could not understand why, on that Sunday in the pouring rain, the fans left Les Corts stadium after beating Santander 2-1 and refused to catch any trams. It is moments like these that show how FC Barcelona represents much more than just Catalonia for so many forward-thinking Spaniards.

The Franco regime explains much of the extension of 'més que un club' (more than a club’) to the rest of the Spanish territory. But it also goes back even further than that. Certain Spanish intellectuals had already alluded to the club back in the twenties, such as poet Rafael Alberti, whose 'Ode to Platko' is the prime example. Others used the figure of Josep Samitier, another of the key people for understanding the way that FC Barcelona managed to reach much further than its natural sphere of influence.