Ingles and Anderson cover for injuries

Ingles and Anderson cover for injuries

Joe Ingles and Alan Anderson were the two new additions to the Regal FC Barcelona roster this season as reinforcements following an alarming number of injuries suffered by Pascual’s players. 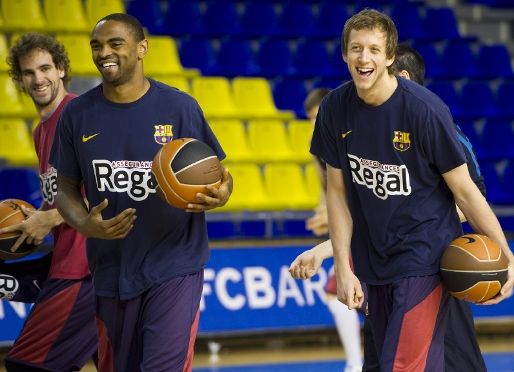 Gianluca Basile first, then Pete Mickeal and finally 15 matches without Juan Carlos Navarro meant Joan Creus had to search the market for players to cover for the affected positions. That was why Australian Joe Ingles and North American Alan Anderson were signed. 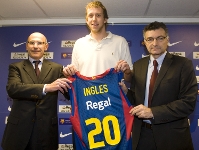 Although he is only 23, Ingles had already played in the ACB for a year at CB Granada. He had only played seven games this season, and his eighth was his first for Barcelona, at Caja Laboral. Curiously, his finest match of the season until then was the one against Regal Barça in game two, when he scored 25 points and received an evaluation of 34.

But Ingles came to Regal Barça to serve a completely different role to the one he played under Catalan coach Trifon Poch. He struggled to get minutes, but certainly adapted quickly. His extrovert nature made him a close friend of the other players, especially Lakovic, Ricky and Sada. Pascual’s assistants also improved his shooting considerably. Ingles signed a contract for three seasons. 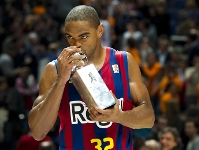 The globetrotting Alan Anderson who played for four different European teams in just four seasons was soon showing why he was contracted. The man from Minneapolis’s second match in Miribilla against Bizkaia Bilbao Basket was settled by his buzzer-beating score. That was game 14 of the ACB season on January 2, 2011.

A month later, Anderson was competing for a first team place with Mickeal, who had recovered from injury, although there were doubts as to whether he was ready to return in such a competitive environment as the Copa del Rey. Anderson ended up MVP of the competition, and won his first title at the club. By the end of the season, he had established his place in the first team, and was the team’s second highest ACB scorer after Juan Carlos Navarro.