The Lliga de Futbol Professional (LFP) has confirmed that the game between Barça and Real Madrid at the Nou Camp this month will be played on Monday 29th November at 21.00.

Following considerable speculation as to the exact date of the game, the LFP announced this morning that the game will be played on Monday 29th November and will kick off at 21.00.

This means that the game will not coincide with the elections for the Catalan Parliament which are to be held on Sunday 28th . 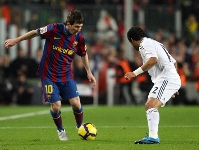 Barça will go into the game after facing Panathinaikos in the Champions League on Wednesday November 24th and will therefore give Guardiola and his men four days to prepare for the big game.

Curiously enough, the game will be played exactly one year after the two last met in Barcelona. On that occasion, Sunday November 29th 2009, Barça won 1-0 thanks to a goal from Ibrahimovic. 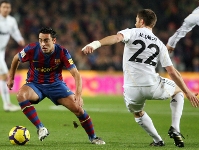