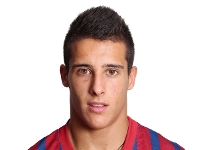 Tello is a quick and dynamic striker who can play up front and out on the flank. His ability also make him very effective in one-against-one situations and opponents have great difficulty in stopping when he is full flight. Can score goals and provide telling passes.